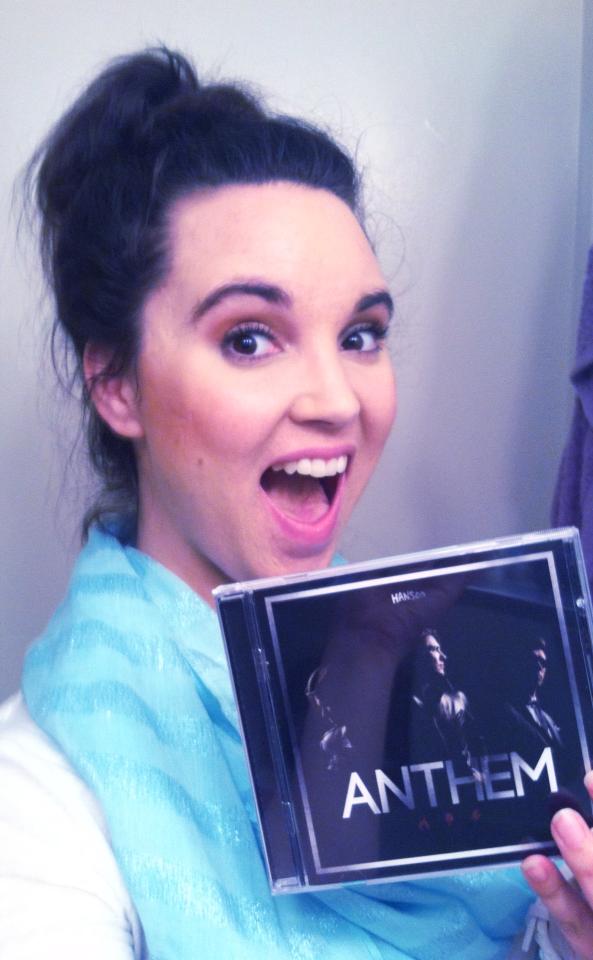 Okay, I admit it – I’m a huge nerd when it comes to Hanson. I remember being eleven years old and vowing never to like another band as much as I liked them then and little did I know how well I’d stick to that in the years to come. The guys have such positive energy and it translates well into their music. It’s always been my “happy” music and has a way of uplifting me in ways other music doesn’t.

But please do not start singing MMMBop to me…

Not only did I get to see Hanson on June 15th, as a birthday present from my friend, Kelly, who also loves the band (and also how we initially bonded back when we were just twelve years old!), but they released their sixth studio album, Anthem, June 18th (one day after my birthday, so happy birthday to me!). As soon as I started playing it I jammed out, immediately falling in love with most of the songs. It definitely has a slightly different sound than the other albums, including a few with a more rock flavor that has been missing from their music for a while. It’s the perfect album to put in your CD player in your car (or iPod) and battle the traffic! You don’t even have to skip through the songs because there’s something to love about every one of them. And then soon, a few lines from all of the songs start to echo in your mind because you’ve played the whole thing over and over again! I don’t usually pick favorites of Hanson’s albums as they’re all very good in their own way, but this is up on my list as the one I’d pick first to play!

Here’s a taste of a few of my favorites including some behind the scenes action, followed by some pictures of the show: