I’ve worked in the same office for six years now. And every October we get a head start on our Secret Santa, filling out forms of what we like and wish to get within the budget we’ve set. I can’t tell you how I relish in the fear in people’s eyes when I begin to mention Christmas this early, and the comments like “No, not yet. I can’t even think about Christmas right now.” I feel like most people have this reaction. It’s almost as if the majority of the population sees Christmas as a huge burden (and for some, maybe it truly is, depending on their role during the season). But I, on the other hand, love the season and that’s why it’s funny to watch everyone squirm and act like they’re being put through some kind of torture.

Recently, I read this post comparing Christmas in the 70’s to our modern day Christmas. Now, I didn’t exist in the 70’s, but it was fun reading how it used to be back in the day and comparing it to now. I have to say that reading about our modern day Christmas even stressed me out (and I’m a proud Christmas freak). After reading what some of us go through to pass off the perfect Christmas presentation, no wonder why people are so stressed, not to mention it’s slightly (eh, okay, a lot) obnoxious.

When did we get so obnoxious over Christmas?

I say this, but I’m really wanting most of the things on that list, too…Martha Stewart has ruined us (and Pinterest). Just kidding…I think. We all just want to look like we’re pulling off something awesome, if nothing more than for our own satisfaction. 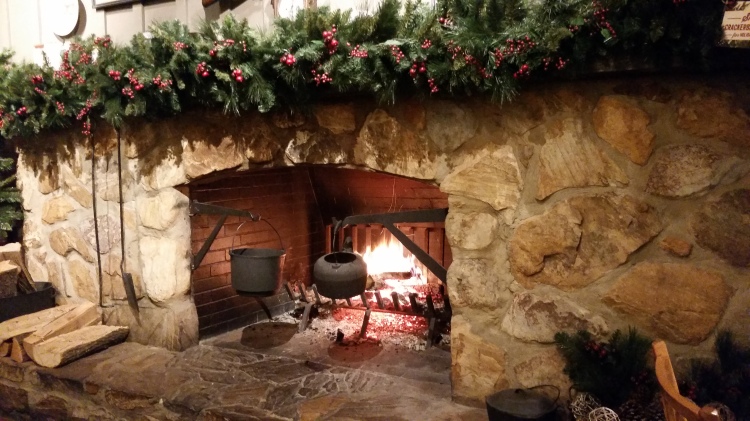 Don’t wait to buy your gifts or ask people what they want at the last minute.

Some of us are just born procrastinators. But if you really want to stress less, my suggestion is to have the majority, if not all, of your shopping done two weeks before Christmas. And if you’re really ambitious, if not before December starts altogether. This year, I had the majority of my gifts taken care of way before Thanksgiving. And I’m afraid it sounds like I’m bragging (which I’m not) when people ask me that age old question: So, are you ready for Christmas? and I tell them I’m actually done shopping. I must admit that it makes me feel slightly uncomfortable to see their demeanor change with my answer and I think I know why. That’s when I reciprocate the question and they tell me they haven’t even started. Maybe they suddenly feel more stressed and feel behind when I tell them I’m done (or they think I’m a total anomaly). Whatever the reason, it’s easy to avoid feeling this way if you start early. And you get to avoid the crowds. Christmas is supposed to be filled with joy and celebration. Not burden because you have to buy gifts. Not worrying about how you’re going to pay your credit card bill off the next month since you put all your gift buying on it. Which brings me to my next point.

For those of us who have to do some hard core budgeting (or if you just think this is a good idea…), it’s great to get started early and pace yourself. Try buying a few gifts per person every pay period (hopefully you’ve set a budget per person, although sometimes that is so hard to stick to!). And if I’m being honest, I’ve started shopping in September for a good handful of years (a great timeline to definitely start pacing yourself). Occasionally I’ve started in August if I see something that someone on my list may enjoy. If you like getting gifts that people have asked for in order to know you’re getting what someone will like, try asking for a list or a few items around September and give them a deadline to get back to you. Let them know you’re starting your shopping early! My Dad tells me this every year – he’s trying not to set foot into a store after the first week of December, so you better tell him what you want or you’re not getting anything. Ha!

Don’t wait to power wrap gifts in one sitting.

My mom used to do this for five children on Christmas Eve night (and when my cousin came to live with us for a while, it was six children). How she braved through this, I’ll never know. What I do know is that she stayed up into the wee hours of Christmas morning and there were band-aides on her fingers by the time she was done. This is what I call “Power Wrapping” – waiting until the last minute to scurry around getting all those gifts wrapped for Christmas morning. If you can help it, don’t put yourself through this! Some people really enjoy the process of wrapping. But if you’re not one of them and have a pile – or mountain- of gifts to wrap, it can get old pretty fast. Your back hurts, you might cut yourself with scissors, stress over the size of paper you’re cutting and if it will fit, and God forbid you run out of tape. That’s really not a good problem to have the night before Christmas. Take inventory of your wrapping materials and try to start wrapping a few weeks before Christmas. You don’t have to wrap all of the presents ahead of time (unless you’d like to!), but maybe start with one person per wrapping session. That way you get to visually see what all you’re giving this person and then know all the gifts have been safely wrapped and you haven’t forgotten anything on your list to buy them.

Every year for the past five years, I’ve done photo Christmas cards. I personally think they’re so fun and I love seeing the different ones sent to me over the years. I’ve started noticing more and more people are cutting back on this tradition, which I find to be kind of sad only since I enjoy them so much. However, if you love sending loved ones and friends photo Christmas cards like I do, I’ve realized they usually go on sale around mid-November. I order mine through Snapfish, and have been pretty happy with my cards every year. I was able to get 50% off my cards this year. The bonus to these sales in November is that you get to check ordering Christmas cards off your list early! The earlier you have them, the earlier in December you can send them…Another thing to check of your list! Aim to have them sent out by the end of the second week of December. Sometimes the idea of addressing and stamping envelopes may make you want to put this off, but the sooner you do it, the more time for other things. And less stress.

This is sort of a “planner community” saying. Most of us are always making some sort of to-do list. The Holidays are no exception. The last two years I’ve personally written down my list of gifts for everyone. Another idea is to write down those major to-do’s for the season. Maybe have a designated notebook, area in your planner, or post-it notes that you can have handy if you think of any to-do or gift ideas a few months before December. Then you wont be straining your mind trying to remember what you needed or wanted to get/do and the item wont be long forgotten. 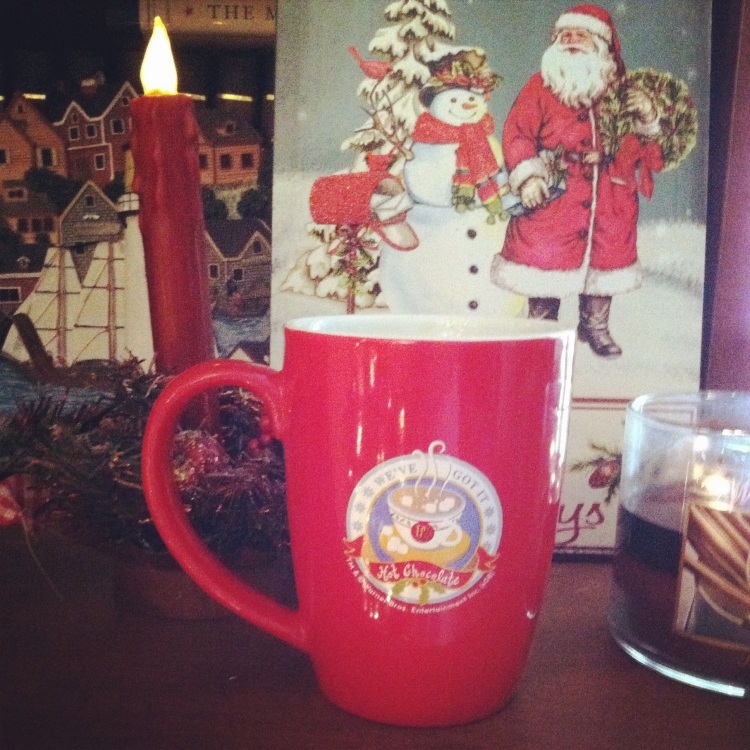 As you can see, if you want to pull off stressing less during the Holiday season, organization is going to be your friend. Especially if you’re trying to do some Martha Stewart-esq wrapping or decorating. But at the end of it all, you have to find a system that works best for you.

How do you stay less stressed for the season? I’d love to hear!